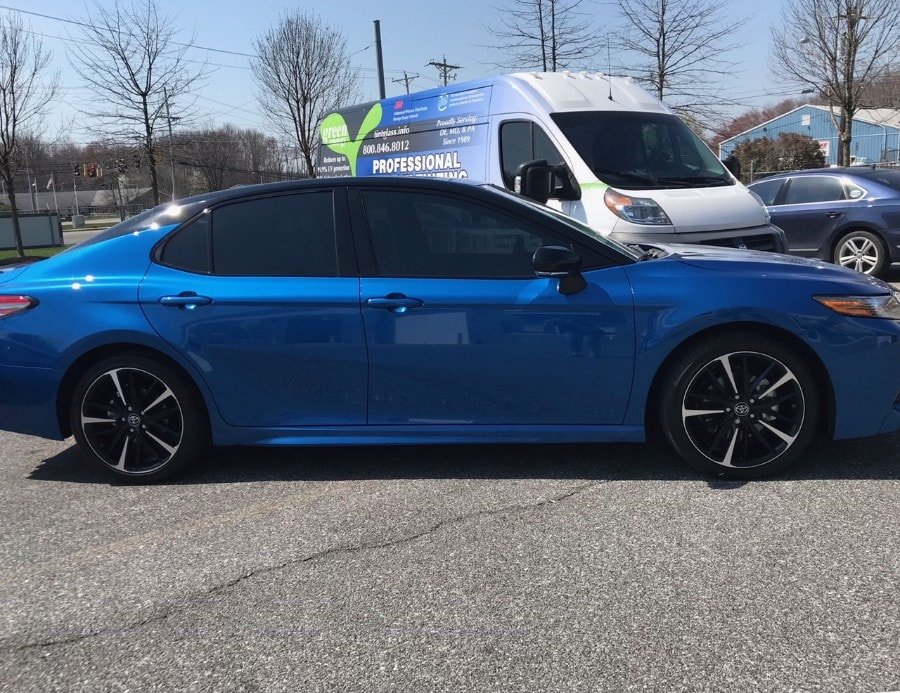 Finding the best automotive window film for tinting can be a scary ordeal. You may find someone working out of the back of their house in a makeshift carport charging $100-$200 to tint your entire vehicle! On the other hand, you may hear about a film dealer like us offering a product called 3M Crystalline. This product can start at $499 and more on certain vehicles! What brands and companies offer the best products, customer service, and pricing to get you the best bang for your buck? Unfortunately, there isn’t a blanket answer that solves everyone’s needs. However, it is critical to start by asking “what is important to you, price or quality ?”

Over the years, we here at Professional Window Tinting have had many competitors offering a range of different film products and pricing. Many films are made with dyes that last a short few years before they fade, purple, and then bubble. For some who don’t plan on keeping their vehicle long and want a product to help cut out the glare, cheap films are a decent choice. It will be someone else’s problem to deal with later when it begins breaking down.

For those who are looking for a higher quality, fade-proof film that will last as long as the vehicle will save themselves in the long run. You may spend a few extra dollars up front, but will avoid the costs of removing and replacing the cheap film down the road.

Typically, the metal films on the market tend to be the baseline for higher quality because they don’t fade as films with dye. However, be aware of the technologies and amenities your vehicle comes with. Sometimes metal films can occasionally interfere with your radio, satellite signals, tire pressure sensors, cell phone reception, and EZ-pass when tinting a full vehicle. Most older vehicles are safe, as they don’t typically have as much technology in them. However, newer vehicles sometimes experience problems.

This is where high-quality color stable films that 3M makes are optimal for newer vehicles. Their non-metal composition is guaranteed not to interfere with any electronics the vehicle may come equipped with. Additionally, they are lifetime warranty films guaranteed not to crack, peel, purple, bubble, or fade. There are a variety of shades to choose from and most are generally the same price. However, some customers want the heat rejection benefits that the darker films offer without going dark and impairing their ability to see outside of the vehicle at night time.

This is where 3M came up with the idea for Crystalline. 3M Crystalline is the only patented multi-layer optical infrared film. With over 200 layers of film stacked on top of each other, some of the lightest shades of his film offer as much heat rejection as films two times as dark. This film also boasts an SPF of up to 1000, which will help you protect your skin and eyes from the sun’s damaging rays. It also provides the same lifetime warranty as mentioned above.

For premium car window tinting in Newark, contact Professional Window Tinting! We’ve been in this business for over 30 years and have provided window tint to thousands of customers. Get your free quote today!