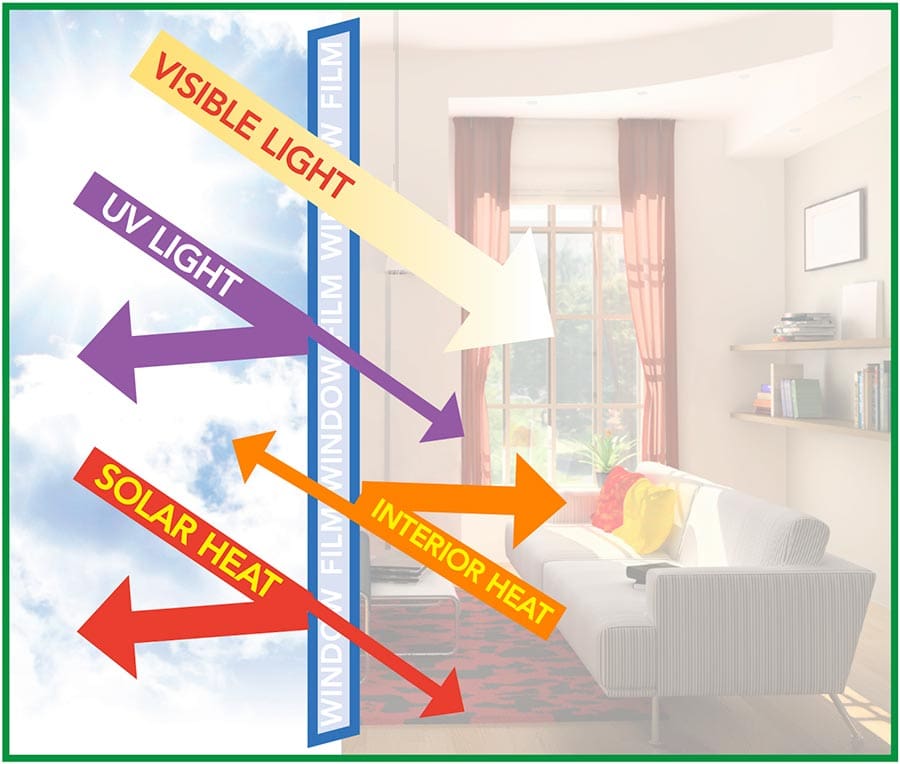 It’s no secret that UV from the sun causes damage to your skin and eyes. This is why our mothers always used to yell at us to “put on sunscreen,” before leaving the house for the beach, pool, or an afternoon at the links. Many brands have grown from small to large companies promoting clothing and glasses that filter out these harmful rays while outdoors. But what about while we are in our car on our morning commute, or sitting on the couch on a Sunday afternoon?

Tom R, a resident of the greater Baltimore, MD area, was diagnosed with skin cancer several years before he contacted me. One day, he gives me a call and requests our top of the line 3M automotive film, Crystalline. I’m a curious business owner, so I ask him what drew him to this product. His response is that he understands it to be the very best at rejecting UV and infrared rays. “That it is, Tom. Come on in and let’s get started,” was my reply. So without asking, we installed Crystalline on his truck per his request because he would accept no substitute.

After his satisfaction with the product and our service, Tom gave me a ring again. This time, he invited me into his home to assess his needs. P to meeting him at his house, I was unaware of condition that prevented him from being exposed to direct sunlight. But as I arrived, I noticed he had blackout curtains on EVERY single window of his house. While listening to him and his wife tell me about the skin condition, they began to tell me about how it had impacted their life in an emotional way.

No longer could he sit at the dining room table and watch his kids as they play in the backyard. No longer could he look out the window in the morning to the incredible view his hard work had earned for him. Although having blackout curtains on your windows seems like a subtle adjustment, it had a much greater emotional effect. This is what led Tom to install 3M Night Vision films on the windows of his home in Baltimore.

3M films, with their lifetime residential warranty, reject 99% of UV, and as much as 79% of the total solar energy! This was incredible news for Tom, who insisted on having his entire home covered. Throughout this 2 phase process, Tom began to enjoy his home more. He could now leave the blinds open to view the world outside. The natural light flooded his once ill-lit rooms, which no longer felt cavernous. Even his furniture and belongings benefited from this installation because UV accounts for 40% of what causes fading.

After installing 3M films on his home and truck, he now has peace of mind on his morning commute and in his home on a Sunday afternoon. I think the opportunity to help him in this small way has impacted me greatly as well. I’ve never been more proud to offer my window film expertise to customers knowing it has the ability to change someone’s life.

Maybe everyone won’t benefit in the exact same way Tom has. However, I truly believe that through the various benefits of window tinting there can be great results; reducing the fading of valuable belongings and furnishings, heat rejection which leads to greater efficiency, security window films on schools and buildings to deter break and entry, and even through decorative design films. Window tinting, in general, is a trade to be proud of. For that, I am grateful.